The European Researchers' Night - a Europe-wide "Night of Science" - highlights the role of research, development and innovation in European society 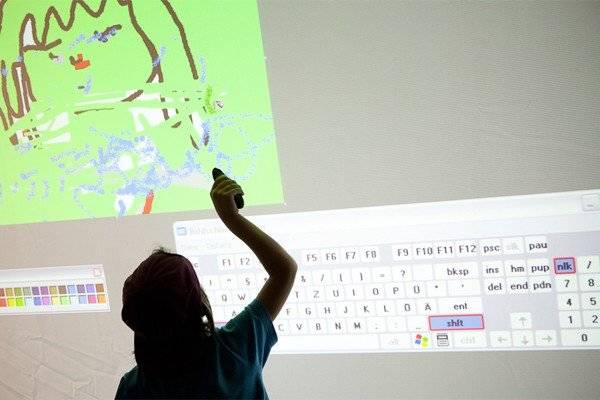 The programme of the European Researchers' Night appeals to people from different age and occupational groups. It brings them closer to current research projects and the researchers in an innovative, informative and entertaining way. In 2011, 2013, 2014 and 2015 St. Pölten UAS applied to be the organiser of the European Researchers' Night and was the only institution in Austria to be awarded this contract.

Every European Researchers' Night organised by St. Pölten UAS had a different motto. In 2011 it was "FIT for Research". In this context, FIT means both fitness as well as “Forschung, Innovation, Technolgie” (research, innovation technology). St. Pölten UAS was transformed into an “intellectual fitness centre”, where visitors could take advantage of varied offers for body, mind and soul. The interdisciplinary concept brought together a wide variety of specialist areas such as media technology, media economics, information and communication technologies and health sciences. A cooperation with the Archaeology Museum of the University of Cambridge, the Italian Centro Camuno di Studi Preistorici and the Bauhaus University Weimar enabled an exciting confrontation of prehistoric worlds with the virtual cyberspace of digital media.

In 2013 the European Researchers' Night in St. Pölten took place in the city centre. Under the motto "Destination Future", the focus was on the topics Future_LIVING, Future_MOBILITY, Future_MEDIA, Future_TECHNOLOGY, Future_HEALTH, Future_LIVING and Future_HISTORY. "Destination Future" underlined the indispensable role of research for society, its development and innovation in an informative and entertaining way, presenting research projects and how they contribute to mastering the challenges of the future.

The European Researchers' Night organised by St. Pölten UAS has always been a colourful mixture of games, workshops, experiments, presentations, interactive installations, shows and performances with programmes aimed at young and old.