The challenges of secure communication

Extensions of traditional cryptographic protocols such as SSL/TLS become prohibitive due to the lack of computational resources. The therefore commonly applied computationally light symmetric encryption (e.g. AES) with pre-shared secret keys likely fulfills the given requirements regarding energy consumption. However, without secret key refreshment, exposure of the secret keys due to e.g. captured firmware, compromised server(s) or side-channel attack tends to reveal the entire communication. Furthermore, movement of end-devices between LPWAN networks becomes complicated without flexible key management.

In contrast to the conventional approach based on cryptographic elements, we aim at harnessing the inherent randomness of the wireless communication channel. It shall be demonstrated that this randomness, which is only visible for the legitimate devices via measurements (e.g. node and base-station), will be the enabling factor for the secret key agreement. Consequently, the security of such key agreement procedures is not dependent on the computational power of the adversaries, as in most classical key distribution schemes. The method also provides better protection from attacks by quantum technology, since the relevant information is accessible for legitimate devices only.

Furthermore, the novel key generation methods intended for LPWAN communications shall be optimized not only regarding high secret key rate but also in regard to energy efficiency. Hence, the innovatory potential lies in extending the physical layer secret key agreement to wide range communication with the emphasis on the ultra-light weight applications. Further aim of the project is to narrow the gap between the theoretical work and the industrial application by a proof-of-concept implementation, which shall reflect the efficiency of the chosen method in a realistic IoT environment. 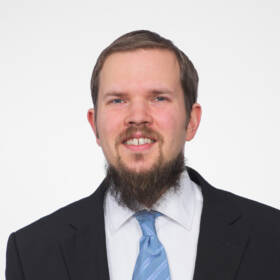