Identifying needs and wants of older citizens with regard to the St. Pöltner “Smart City and AAL” concept.

The "Fittest City" project was implemented as a scoping exercise for an AAL (Active &Assisted Living) test region. The aim was to investigate to what extent a test region can technically and instrumentally be integrated into the Smart City concept of the city of St. Pölten for the creation of a proactive health city and which additional benefits for citizens can be generated.
Within the framework of the project the Ilse Arlt Institute for Social Inclusion Research carried out a dialogue with (senior) citizens in the form of a future workshop.

Results of the Future Workshop

During a half-day workshop with 26 interested citizens, the needs and requirements as well as the perspective of older citizens with regard to the “Smart City and AAL” concept were established. A modified version of the "future workshop" method was used.

The study focused on central aspects and expectations of the participating senior citizens regarding good and safe living in St. Pölten. In interactive group phases, analyses, visions and concrete wishes of the participants were collected. A high interest in the areas of information, communication, networking and stronger organisation of community activities was observed. In addition, the desire for comprehensive and alternative solutions in the areas of mobility, accessibility and living in old age were discussed as important aspects

In the course of the meeting, comparatively few technical assistance systems were discussed, which might be due to a lack of knowledge about these by participants. 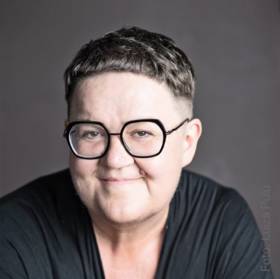