Nowadays, digital tools are used to design buildings. So-called "Building information modeling" (BIM) comprises methods for generating and managing of digital representations for construction projects. It involves physical and functional characteristics of sites and buildings within these projects.
To describe, store and exchange architectural, building and construction data the open IFC (Industry Foundation Classes) file standard is used An IFC file can include logical structures for buildings (eg. “Window“-“Open Space“-“Wall“-“Storey“-“Building“), attributes for each building element as well as the whole 3D geometry for the building elements.

Importing and using digital geometrical information along with additional attributes and metadata from IFC files can provide a lot of benefits for VR applications, compared to just using "standalone" 3D Models.
The main purpose of the project was to develop tools  to import IFC 3D Models into  ready to use Virtual Relaity (VR) settings, while extracting and providing their metadata sets (eg. additional information about building elements while viewing them, context-based interactions and behaviors, depending on the type and properties of building elements).

In a first step, the researchers developed a set of tools , directly integrated into the GameEngine “Unity” which act as a single menu entry. It lets users select a BIM project (an IFC file), imports the chosen file and converts it to an open 3D Model format (FBX) while maintaining each single building part as a separate unit. It also reads the available Metadata of each element and connects it with the imported 3D models in Unity. Finally, it provides a fully useable VR Setup – so after the import, the models can be directly viewed within a VR environment.

In the second step, several auto-connected tools and mechanisms for the VR environment were provided. These are context-based, meaning they are directly connected with the respective supported building elements. For example, imported 3D models that are recognized as walls according to their metadata, automatically become collision-objects within the VR environment (meaning users can’t walk through walls) while models recognized as doors let the user pass through. For walls and floors special context menus are available, allowing for changes in textures or materials (eg. carpeted floors or brick walls). 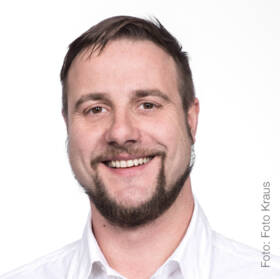