Change of perspective through citizen participation

The Citizen Science project „Inside Trading Cultures“ involves citizens with an interest in literature and book trade in scientific research. The term „Citizen Science“ in general means the involvement of citizens in scientific research projects. However, it does not refer to a simple participation in experiments or surveys, but to Citizen Scientists actively conducting research on their own. Through the involvement of people with different horizons of knowledge and experiences in ethnographic fieldwork, the TCS project aims to achieve a multiplicity of perspectives on the practices and routines taking place at business-to-business book trade fairs. Beyond that, participating citizens are provided an exclusive insight into a usually non-accessible area of the everyday culture of international trade in book rights and licenses.

Fieldwork at the Frankfurt Book Fair 2017

Key aspect of  „Inside Trading Cultures” was the fieldwork at the Frankfurt Book Fair in October 2017. The fieldwork team was composed of three social scientists and twelve citizen scientists whose task it was to regularly attend the fair and at the same time observe other attendees, their behavior and the  overall atmosphere of the fair. Conversations with other attendees or the collection of materials such as folders etc. were supposed to further deepen the comprehension of the following key questions:

Before and after the field trip to Frankfurt several workshops take place to help communicate content and methods of ethnography. Each Citizen Scientist will write their own individual ethnography reflecting upon their observations. In spring 2018 results will be presented to the public.

Find out more about: 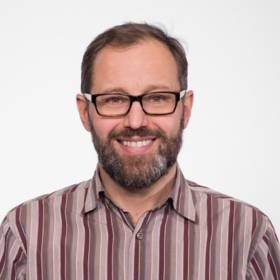