Increasing urban freight traffic and the demand for low CO2 urban logistics, especially in city centres, pose new challenges for both decision-makers in cities and logistics companies and make fundamental changes necessary. In the future, courier express parcel service providers (CEP) looking for opportunities for handling goods in urban areas will be confronted with the general shortage of space in urban areas.

The project examines feasibilities for establishing medium-sized urban freight centres, so-called midi-hubs, as a supplement to existing freight distribution centres on the outskirts of the city. For this novel concept, the term "midi-hub" has been coined - in line with the already known concept of "micro-hubs". A midi-hub is considerably larger than a micro-hub and has the capacity not only to supply a larger area with goods. In contrast to a conventional micro-hub, several CEP service providers can use a midi-hub. Midi-hubs are a transfer stations where parcels are moved from conventional vehicles to city-compatible emission-free or low-emission vehicles (cargo bikes and electric vehicles).

Researchers in the MiHu project simulate a cooperatively used midi-hub using a generic model. Additionally, a multi-criteria assessment framework for potentially suitable locations is developed. The model for the site selection of urban midi-hubs is based on the Analytical Hierarchy Process (AHP). An optimisation model allows the analysis of urban traffic associated with the midi-hub and its potential for traffic reduction and thus also for the reduction of emissions in urban areas.
Usually individual CEP service providers carry out their own processes and thus by several agencies in parallel. The project examines these processes with the help of a simulation and analyses opportunities for process consolidation. Options for multiple usage of these logistics areas as well as an efficient inflow and outflow control to/from midi hubs are considered.
Tasks of the Carl Ritter von Ghega Institute
The Carl Ritter von Ghega Institute for Integrated Mobility Research supports the evaluation of the effects of midi-hubs on traffic and emissions, using the City of Vienna as an example. 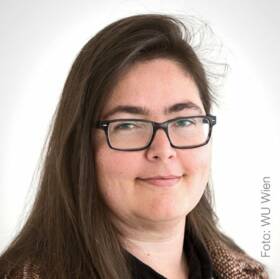