Capacity bottlenecks are a cross-border problem of transport infrastructure in the Austria-Czechia region - the Prerov - Breclav route, for example, is already running above its capacity. The Nordbahn (North railway) from Vienna to Breclav via Gänserndorf is part of two corridors of the Trans-European Transport Networks - the Baltic-Adriatic Corridor and the Orient/East-Med Corridor, i.e. the connection from north/central Europe to south-eastern Europe. In view of the modal shift targets of EU transport policy and the climate targets, a strong increase in passenger and freight traffic is to be expected on this transport axis in the future. Therefore increasing the capacity of the axis will presumably be necessary. At the same time, expanding connections across the border is also an opportunity to provide impetus for the socio-economic development of a region that has catching up to do due to its former location on the periphery. Improved connection and increased capacity can also contribute to the development of the regions concerned, the creation of new jobs, the development of business activities and tourism.

Through the INTERREG-programme, the EU supports cross-border cooperation as part of structural and investment policy. The measures examined in the project aim at the effectiveness of closing the gap between the railway networks of the Czech and Austrian state railways. In addition, this provides an opportunity to explore alternative connections between the South Moravian and Lower Austrian regions, as these regions are located at the crossroads of the major European railways and should remain fully integrated into the main transport corridors. A decision basis for transport policy and infrastructure planning of the two countries concerned is to be developed, indicating whether an increase in capacity is necessary and in what form this should be implemented.

The focus of the research is put on the railway connection Brno - Hevlin - Laa an der Thaya - Wolkersdorf (- Vienna). Different scenarios for increasing capacity in AT-CZ border traffic as well as their supra-regional impacts are assessed and technically, operationally, economically, socio-economically and ecologically optimised and undergo a cost-benefit analysis. The analysis and processing from the point of view from two different countries offers new perspectives, thus contributing to regional development and breaking down mental barriers between regions.

A key element of INTERREG projects is cross-border cooperation. Strategic partners in the project are the infrastructure operator SŽDC, the Ministry of Transport of the Czech Republic, the South Moravian Region and ČD Cargo on the Czech side and the Federal Ministry of Transport, Innovation and Technology on the Austrian side.

This project provides assessments and recommendations of scenarios including an investment-oriented perspective in terms of socio-economic efficiency, environmental impacts and feasibility risks. These can then be used as a basis for decision-making for national decision bodies concerning infrastructure investments

The project is financed by the INTERREG V-A Austria - Czech Republic programme, the European Union and the Regional Development Fund and runs until May 2021. Partners are the Dopravniho Vyzkumu Centre (Transport Research Centre Brno, project management), the St. Pölten University of Applied Sciences, Department Rail Technology and Mobility, and the Brno University of Technology, Faculty of Civil Engineering, Institute of Railway Structures and Constructions. All relevant stakeholders in the Czech Republic and Austria are involved in the project. 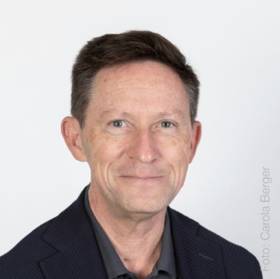