Hate-speech, cyberbullying, and digital violence mainly hits young people. Representative studies in Germany and Austria have shown that a majority of people in the age range from 12 to 19 witness or are confronted with offensive, malicious and degrading comments or images. Popular social media sites try to address this problem by deleting harmful posts or blocking user accounts. However, such strategies have raised serious concerns for several reasons. First, automated search algorithms for detecting hate are ineffective due to the constantly changing nature of harmful speech and its wide range of text- and image-based expressions and meanings. Second, tackling huge volumes of potentially harmful content on the basis of user reports requires large numbers of human content moderators. Apart from being resource intensive, reviewing large amounts of negative content is psychologically stressful and leads to inconclusive and inconsistent decisions. Finally, banning strategies place restrictions on freedom of speech and this may increase the risk of hateful speech being moved to uncensored platforms like Gab or Parler, where users reinforce their negative attitudes.

Given the drawbacks of banning strategies, new ways of dealing with hate speech are needed. A promising alternative approach is the promotion of “citizen-generated counter speech”. That is, the mobilization of internet users to counteract hate speech with online civil courage in order to send a clear, humanistic signal that such toxic discourse will not be tolerated. Young people are often aware that online hatred is a serious problem, yet there are several obstacles that prevent them from intervening actively. For example, they regard commenting and flagging (i.e., reporting to platform providers) as ineffective, they feel powerless, lack the skills to reply appropriately to inappropriate comments, and are afraid of being victimized. Furthermore, there is often no feedback whether counter speech efforts were actually successful.

To provide support for young people and to facilitate counter speech, this project leverages automated data-driven retrieval methods. This includes detecting and increasing the visibility of users that are willing to make a stand against hateful speech, drawing attention to their endeavours and making them more visible. We also intend to actively support users, (e.g., by providing context specific suggestions for counter speech). In all our investigations, we understand counter speech as a multimodal concept, consisting of textual content as well as visual content in the form of e.g. images, symbols, and memes.

Our project team consists of young people (juvenile experts), digital media experts, social scientists as well as computer scientists. Our overarching goal is to facilitate the use and enhance the visibility of youth-generated counter speech in social networks through technical means. To achieve our goal, we will develop methods for detecting and retrieving youth-generated counter speech. The focus will be on German conversations and youth-specific jargon. We will also analyse typical patterns of counter speech and different types of user behaviour; not only including reactions to hate speech but also gender- and education-specific aspects. In addition, we investigate the ways in which visual information is used in comparison to text and which modality (text or visual content) is more effective/preferred under which circumstances. Based on the insights gained, we will identify indicators for successful counter speech and develop semi-automatic methods for generating context-dependent counter speech suggestions.

One pillar of the project are approved methods from the social sciences, ranging from qualitative (e.g., content analyses) and quantitative methods (e.g., statistical analysis) to online field research. A second pillar are methods used in computer science such as natural language processing (NLP). We leverage methodology from machine- and deep learning for language modelling and language understanding as well as investigate generative models for counter speech generation. We also perform multimodal data analysis and retrieval (i.e., the combined analysis and information extraction from textual and visual data) and integrate methodology from recommender systems.

The project team introduces new methods for detecting and retrieving textual and visual content from young internet-users who have the courage to counter hate-speech. The collected data builds the foundation to derive successful counter-speech strategies and to generate context-sensitive recommendations. Beyond this, we investigate the role of visual content in youth-generated counter speech. The interdisciplinary background of the project team ensures that the object of investigation is tackled from various angles. Not only this deepens our understanding of hate- and counter-speech (e.g., by considering gender and education-related aspects), it also helps to set up guidelines for turning the spotlight on counter-speech and digital humanism in general. 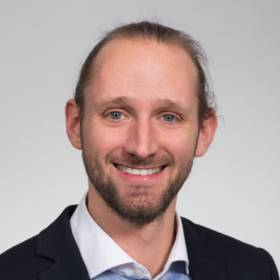