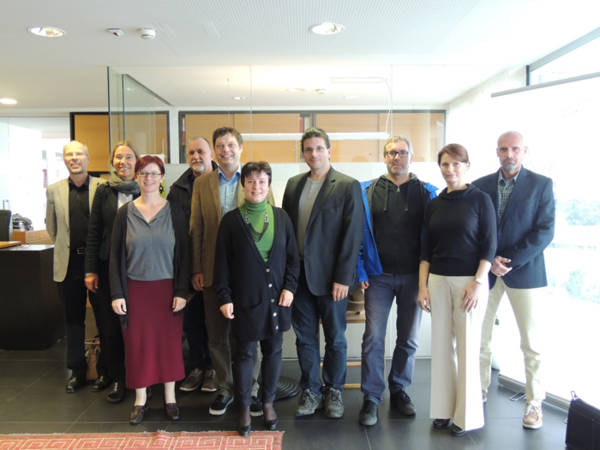 Rowdyism, vandalism or verbal and physical assaults by juveniles are a constant and serious concern in communities and small towns. Not only is such delinquent behaviour a threat for residents, it also results in high costs for the community. Mayors are looking for solutions on how to counter problems with youth violence.

Neither exercising hierarchical authority nor control measures show results - young people find alternatives and thus, the problem only shifts. There are no reproducible models. The citizens concerned often develop a feeling of inability to take action and avoid getting in contact with young people at all, which makes the situation even worse.

The project “Courage in local communities” develops a prototype of a reproducible model that enables municipalities to cope with juvenile delinquency and helps them to gain ability to act and to promote social cohesion. “Courage in local communities” follows the concept of “New Authority”, meaning non-violent authority that sets clear limits. Figures of authority and those concerned by violence form a network and as a group they establish communication with groups of young people. In addition to that training and support is offered. This concept proved very efficient in schools. The innovation consists in

The project “Courage in local communities” develops a strategy and provides an IT-component. Both are tested in municipalities, where results and feedback will be evaluated and then integrated in the prototype.

As a result, the project wants to provide a tool kit that enables municipalities to start the process. After further adaptations the prototype can be used in about 5,000 municipalities (or districts in bigger cities) in Austria, Switzerland and Germany.

Damage due to vandalism is supposed to decrease up to 50 percent. Damage through the devaluation of real estate can be reduced. The populations subjective perception of security increases, which benefits especially women, senior citizens and young people and children, making the municipality a  safe and attractive place of residence.