Proof of Concept of an interdisciplinary online-course offering guidance on how to deal critically with information provided by social media sites.

Adolescence is the phase in human life that spans a period of about ten years. It begins in the late childhood, includes puberty and ends when a person is physically, emotionally and socially mature. People undergo profound changes during this stage of human development; it is vital for arriving at a stable concept of oneself, for learning gender roles and for developing healthy habits and behaviours. Social identity but also gender identity result from external and internal ascriptions, the sense of belonging to a group or in distancing oneself from a group, e.g. through behaviour, clothing, or language. The media play a prominent role in this context by affecting consumer- and health related behaviour as well as gender norms.

Social media are very popular with young people. They use them to stay in touch with friends, for entertainment or self-presentation, as well as a source for health information. For instance, the global fitness-movement #fitspiration, which already has created a large community, is intended for people who want to adopt a healthier lifestyle. However, websites and influencers using the hashtag #fitspiration often advertise extreme or unbalanced ways or regimens of training and nutrition. Visual material presented on the platforms often reinforce stereotypes and exhibit ideals of beauty and fitness, which are hard to reach and focused on a specific body image only. On top of that, the web presence of influencers can be part of marketing strategies, which are aimed at selling food supplements and sportswear. It can be assumed that the one-dimensional and stereotypical ideas about fitness and a healthy lifestyle, which are broadcasted through #fitspiration, trigger self-objectification, eating disorders and distorted body-perceptions. To investigate whether this assumption holds true or not is one of the goals of the current project.

The project investigates which contents of the #fitspiration movement are relevant for young people in secondary education, how they perceive visual material presented under this hashtag and the ways in which it affects their health related behaviours, their gender identity and their body image. Building on the findings obtained the project team together with its partners, secondary school students and teachers from BORG und BHAS für Leistungssportler St. Pölten, Bundesgymnasium und Bundesrealgymnasium Wien 6 (GRG 6 Rahlgasse) und HTBLVA Wien 1200 (TGM) conceptualizes an online course, which shall help young people to develop a critical attitude towards pictures and health related information on social media. A core element of the project are image forensic methods capable of uncovering image manipulations (e.g., used to create images that reproduce common beauty standards). These methods are turned into easy-to-use tools for fact-checking and part of the online course. In addition, information on gender and diversity, influencer-marketing, case studies, and reports is tailored to the needs of the target group.

The project team intends to answer the following questions:

#fitspiration is a global fitness trend on social media with a great number of followers. Although #fitspiration views itself as a “road map” to a healthier lifestyle, it is questionable whether the advertised methods are without harmful side-effects. The team of FIVE examines this trend more closely and tries to determine to what extent #fitspiration affects health-related behaviours, young people’s self-concept and concepts of gender. The findings obtained are the foundation for an online course, which is intended to raise the awareness for health-related problems arising from the stereotypical ideas of fitness and attractiveness that are sometimes presented under the hashtag #fitspiration. Together with the course comes an easy-to-use tool, which is able to discover manipulations in social media images. In summary, FIVE debunks the sometimes stereotypical and perfectionistic ideas about physical attractiveness and fitness on social media and makes a genuine and substantial contribution to the health of young people. 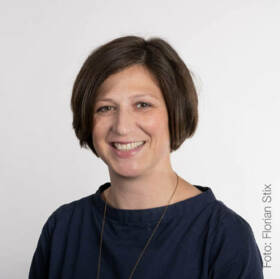