ESOZA - Encampment in the Soviet Occupation Zone in Austria: Post-War History and Memory

The situation in camps during the post-war period of occupation.

During and in the aftermath of World War II a great number of people were forced to leave their home countries. More than a million of such “Displaced Persons” (DP) – refugees and expellees – were accommodated in Austria. For logistical, administrative, and security reasons, Allied Forces established different types of camps for different groups of people. Camps represent those sites in post-war history in which the consequences of flight, expulsion, and forced transfer during and after World War II were clearly visible. The Soviet occupation zone, which includes present-day Lower Austria, Burgenland, the northeastern part of Upper Austria and several districts of Vienna, was no exception in this respect. However, the Austrian post-war camps, with their manifold forms and functions, their specific procedures, and the experiences related to encampment, have to date not been sufficiently researched.

This project addresses a research lacuna with regard to post-war camps in the Soviet occupation zone in Austria, integrating the two following, hitherto separate research fields: the historiography of forced migrations during and after World War II, including the attempts to cope with these, and the historiography of the Soviet occupation zone. The Soviet camp structures were different from those in the Western zones, as the Soviets pursued a policy of repatriation that was mainly geared to sending all people back to their country of origin as quickly as possible.  All DPs were to be repatriated as quickly as possible. This also included the German-speaking group, who were to be transported to Germany. Emigration to a third country or being naturalized (receiving citizenship) in Austria as additional options were not considered. Soviet citizens, who returned home,  received a special treatment. They were subjected to an in-depth intelligence screening (“filtration”), in order to identify “spies” and “saboteurs”. Scrutinizing this and many other issues regarding war “encampment” in the Soviet occupation zone is the aim of the present project.

Displaced persons were housed in these barracks of the former Reich Labor Service camps.

The Soviet politics of repatriation and the looming conflict with the Western Allies have already been studied on the macrolevel. Also, the specific situation of people who refused to return to territories under Soviet control has been examined in a few individual studies at least. By contrast, the following topics represent a research lacuna that will be addressed in this project:

The project is divided into four modules. In module I a topographic survey of the various camps in the Soviet occupation zone in Austria (1945–1955) is conducted. This will answer questions – to give a few examples – such as at which locations camps were established, what groups of people were accommodated there and for how long these camps existed. On the basis of selected camp sites the historical reconstruction follows a twofold approach: First, an typological analysis (Modul II) is performed to reveal the characteristics, functions, and social/bio- political order of the selected camps. Second, selected procedures in encampment and the complex interconnections between the respective agents are examined (Module III). Module IV revolves around the question in what ways post-war camps at the selected sites are remembered by people living today.

The project makes a scholarly contribution by widening the focus of prior research on post-war encampment and by comparing (makeshift) camps of the Soviet occupation zone with what is already known about camps in the Western zones. It also deepens the understanding of how procedures were organized in different camps, what functions they  fulfilled, and the ways in which they created diverging experiences for the people accommodated there. Moreover, attention is drawn to the historical precursors of todays’ encamping in Europe. This will help to better assess in what ways camps have changed, whether there are continuities and which lessons have been learned for more recent encampment. The project also pursues a strong interdisciplinary collaboration between contemporary history and the social sciences. This benefits both disciplines and generates new insights, because it enables a comprehensive theoretical investigation of “encampment in the Soviet zone” from the perspective of the social sciences without neglecting historical aspects. Finally, the project gives citizens (through elements of “Citizen science”) the opportunity to actively contribute to the production of knowledge in their local communities. This encourages people to reflect on local history and to relate past experiences to present-day refugee experiences. 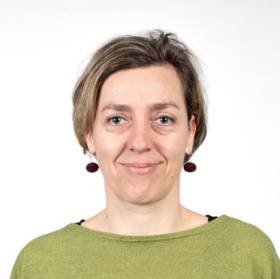