Investigates how characteristics of stop-motion animation and motion-capturing can be conflated with virtual reality in order to enrich the current art discourse.

Stop-motion is an analogue animation technique, where the illusion of motion is created by changing or shifting objects manually in small steps and projecting these changes as a sequence of individual photographs (or frames) onto a screen. Motion capturing (mocap), on the other hand, are tracking techniques that are employed to capture or record patterns of movement; in recent times mainly for the purpose of animating a digital character in a film. Both techniques have already been in use at, or even before, the beginning of film-history and always have encouraged intermediality (i.e., merging different artistic spheres such as photography, music, fine arts, performance and theatre).

Virtual reality dates back to the 1960s and is either described as an immersive-mental experience, as a three-dimensional display, an interaction device or as an innovative form of human-machine interaction. Irrespective of its exact definition technologies enabling virtual or augmented realities (VR/AR) have seen an upswing in the past years. This left its marks in commercial products (e.g., in the game industry) but also inspired artists who strived to translate their creative vision into virtual, augmented and mixed realities.

The framework of the project VRinMotion not only builds on stop-motion, motion-capturing and virtual reality but also covers an extensive and heterogeneous field. It incorporates animation, media arts and media performance as well as expanded cinema. The latter describes film, video, multi-media formats and immersive environments that go beyond the traditional one-way relationship between audience and performance. VRinMotion also takes inspiration from animation studies, where the difference between practitioner and theorist is rather seen as gradual than as categorial. Overall, VRinMotion combines different analogue stop-motion techniques with motion capturing, implements the outcomes within virtual reality set-ups and weaves artistic virtual experiences philosophical, theoretical and analytical concepts, models and methods of animation studies together.

VRinMotion is hosted by the Institute Creative\Media/Technologies (IC\M/T) at the St. Poelten UAS and strongly supported in its endeavours by Vienna-based artist studio lichterloh. During the project four experiments (ExperiMotions) are set up, which subscribe to the principles of Henk Borgdorff’s definition of arts-based research (comprising theoretical Research on the Arts, technical Research for the Arts and practical Research in the Arts). Also, artistic workshops are developed together with internationally established animation artists, national and international collaborators and students. This aims to strengthens the ties between artists from different backgrounds and the outreach of Austrian artists. All ExperiMotions produce artistic output, hybrid instruments, and theoretical contextualizations. VRinMotion initiates broad discussions of the outcomes with academia but also with the wider public. To facilitate this, we organize an exhibition and a symposium (inMotion Forum) and create online presentations and a documentation. 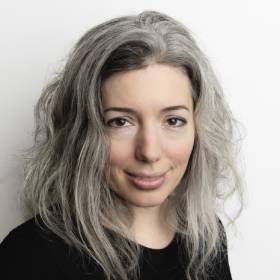