In recent years, digitalisation has made a large number of historical documents available online. Projects such as "Memento Wien" have thus been able to make the social disruption of National Socialism more visible through the online publication of numerous documents and by relating biographies in certain urban spaces. For many years, memory projects such as “Steine der Erinnerung” have been - by indicating the last residences of displaced persons- contributing to a culture of memory in urban areas.  The current challenge lies in the further mediatization and interrelation of the available data in order to use them for historical sensitization and as cultural heritage for society as a whole.  The GEJIDE project uses the possibilities of the online archive platform Topothek to mediatise, supplement and provide existing documents on the Jewish community of Groß-Enzersdorf.

The processing of historical sources on the Jewish religious community of Groß-Enzersdorf has made considerable progress in recent years. Publications like Olga Ida Höfer's meticulous compilation "Die jüdischen Gemeinden im Weinviertel und ihre rituellen Einrichtungen 1848 - 1939/45" or Christoph Lind's "Der letzte Jude hat den Tempel verlassen" provide the factual basis for further discussion and collect key documents and data in written form. Exhibitions such "Das Leben der Juden in Groß-Enzersdorf" (The Life of the Jews in Groß-Enzersdorf), in 2013 have already temporarily been able to recall the disappearance of the Jewish community and to produce further material in the form of interviews.

The aim of the GEJIDE project is to represent the Jewish community of Groß-Enzersdorf until its expulsion in 1938 is represented by numerous documents. For this data are researched, processed and made available in digital form on a permanent basis.  The Topothek set up by the municipality of Groß-Enzersdorf acts as user interface.  It allows the creation of data records in a common archive format as well as their representation on a digital map. People, businesses and institutions are listed and recorded along with key information. One focus is on the first third of the 20th century due to availability of sources and the historically secure documents. In addition, the Oral history team is recording video interviews with surviving witnesses. A “Steine der Erinnerung” project, which takes place at the same time, is also documented on film and integrated into the Topothek.

A preliminary review collected existing key documents. In the first phase of the project, these data are transferred to the archive.  Basic social structures such as family connections, workplaces, residences and other central places of life are not only mapped but also presented in the form of short video clips. In addition, video interviews with contemporary witnesses are filmed and existing audio-visual material is adapted.  In cooperation with the municipality of Groß-Enzersdorf and in accordance with the Citizen Science approach of the Topothek, a public call for historical material is launched to open up new sources.

The GEJIDE project explores questions of digital memory culture and digital heritage via a widely established archive platform. The Topothek has spread very quickly in Austria as both a Citizen Science and a Digital Heritage project and has been met with a great response. The research group Media Creation of the Institute of Creative\Media/Technologies is developing expertise about processing and developing media content for this environment. At the same time, the limits of the available digital memory space become apparent and new research areas for further development emerge. The GEJIDE project also serves as a reference project for further research in this area. 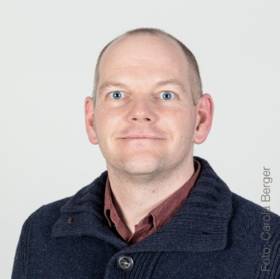